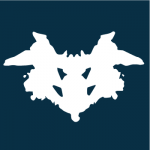 Breakdown or breakthrough? Contestation in the ‘Psy’ Sciences

The late 1950s to early 1970s was a period when psychologists, psychiatrists, and psychoanalysts were in deep conflict over developments in the therapeutic use of antipsychotic and psychotropic drugs, personality and genetics, children’s emotional development, obedience and bystander apathy, the popularisation of psychotherapy, and emergence of the anti-psychiatry movement.

The project will offer the first cultural history of British and American psy sciences in the defining long sixties period. It will explore the divergences and intersections of the two national cultures and different fields of medicine and therapeutic schools at a time when there was significant traffic, but also marked distinctions, in theoretical and institutional contexts. 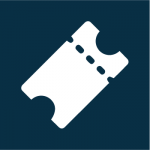 The 1960s was a period in which Hollywood and British cinema became preoccupied with the ‘Demons of the Mind’, with popular genres like horror, science fiction, crime, and thriller films becoming key ways in which psychological concepts were delineated and disseminated to mass audiences.

Challenging dominant understandings of the relationships between psychological theories and film, the project seeks to understand cinema’s enduring fixation with the psychological not as unconscious meanings or subject positions but rather as conscious and contested intermediations of medical, psychological, and psychiatric discourses. 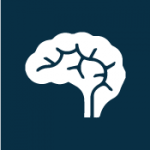 The late 1950s and 1960s was a defining period when governments in Britain and America made major interventions into the medicalisation and de-institutionalisation of mental health. In the UK, this era was ushered in by the Mental Health Act (1959), which sought to align frameworks for mental health and those for physical illness. Meanwhile, the 1960 Congress Report on Action for Mental Health in the US called for improvements in care provision and reductions in numbers of patients confined in public mental health institutions across America.

The project will explore the ramifications of these political actions, for the psy sciences and media representation of the ‘mentally ill’, as well as the wider geopolitical contexts and preoccupations with discourses of obedience, conformity, authoritarianism, and mind control during the postwar and Cold War eras. 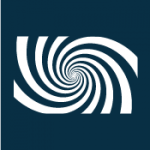 The 1960s and early 1970s experienced a concomitant explosion in countercultural, humanistic, and new age movements exploring modern conceptions of selfhood, identity, community, freedom, and mind expansion. It was also a period in which anti-psychiatry figures and ideas drove and intersected with civil rights, feminist, ecological, and social protection movements, whilst propagating the use of psychotropic drugs as an antidote to the systemic madness and dominant ideologies of the surrounding world.

The project will explore these complex intersections that coalesced in the psychedelic and conspiratorial cinema associated with youth and counterculture of the late 1960s and early 1970s. 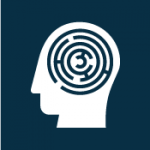 The 1960s was a time in which the jurisdiction of psychology expanded into everyday public and private lives, as evidenced by American and British popular culture becoming increasingly saturated with psychological language, images, and theories.

The project will provide fresh insights into the interface between psy sciences and popular culture, tracing and analysing the ways in which cinema and other media circulated and contested medical and scientific knowledge in this period and beyond. It will explore the history of cinema’s influence in shaping people’s understanding of their own and others’ mental health, as well as the shifting role psychology played in defining social identities, race and ethnicity, sexuality, gender, and women’s oppression.

Tim Snelson (2021) “From In Two Minds to MIND: The circulation of ‘anti-psychiatry’ in British film and television during the long 1960s”, History of the Human Sciences. OnlineFirst. July 2021.