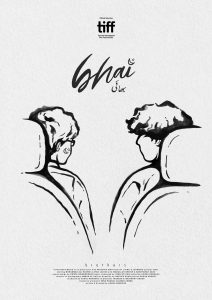 For Mental Health Awareness Week, we will be welcoming film producer and psychiatrist Dr Mina Husain to screen and discuss two of her short films, made in collaboration with director Hamza Bangash.

Mina’s award-winning short films give voice to South Asian experiences of mental health, neurodiversity and diaspora, particularly those of young people. Her latest film Bhai (2021) invites us to experience the inner worlds of two teenage brothers, one who is on the autism spectrum, amid the hustle and bustle on Karachi streets during Pakistan’s Independence Day celebrations. The earlier film, Dia (2018), immerses us in the psychological experiences of a young Pakistani woman pursuing an online romance, as she deals with the pressures of family life and society that lead to her gradual detachment from reality.

The screening will be followed by a Q&A session with Dr Husain about her dual career as both a practising psychiatrist and a film producer, and her use of film as a way to amplify and engage with South Asian mental health experiences.